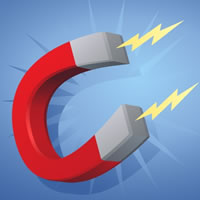 Persuasive writing is also referred to as argumentative writing, because it argues a point that the writer is trying to present. When you write using a persuasive style, you want to incite your readers to response or to create a topic that prompts a thorough discussion. You must open with a statement about the issue that you are addressing. The next step is to state your position on a particular issue. The main text sets out arguments that are expanded with evidence and reasons backed up with facts.

Most often, this type of writing style is used in essays or in a thesis where the author needs to layout the foundation for a particular viewpoint. There are a variety of triggers that can help you to draw your reading audience in and to engage them. The art of influencing the will requires that a proposed object appear desirable and presents a means to be proved that is conducive to attaining that particular object which depends on the process of reasoning.

While persuasion depends on argument, it also depends on exhortation which is the adoption of means through the representation of the end result being desirable. If you think about the attainment of happiness by immortality, no one really knows how they feel about that, yet the minister at church talks about exhortation which induces men to exert certain behaviors in order to try to attain exhortation.

There are several types of triggers that are commonly used by writers when they are working on persuasive writing including:

Apologia is most often used in public relations situations, such as writing for speeches that justify or defend a person or make an apology for an action taken by that person. It can also be used in a simple statement that is a straight forward apology or disclaimer.
* Differentiation is when the author distinguishes a particular questionable act from more harmful or serious actions.
· Bolstering is the attempt to improve or enhance an individual's image if they are under attack;
· Transcendence which is when the act is placed in a different context; or
· Denial where the questionable act is rejected in substance or intent either directly or indirectly.

It has been said that when someone writes with passion it is what gives the writer an unfair advantage over the reader. Passion is included under every principle that is active in conjunction with our nature.

Language features are one of the main triggers of persuasive writing. For example, the writer must use the present tense, use emotive and technical language including powerful verbs and strong adjectives. The use of three adjectives or phrases is often undertaken to make them stand out better.

Discuss the pros and cons of a particular item or issue. When you approach a topic from both sides of the coin, it can help to draw in your audience and have them see your own point of view and how something can be good or bad. By presenting both pros and cons you make yourself appear unbiased. If you are really trying to present something in a good light you will generally present more pros than cons and the cons that are presented will be more positive things that are not that bad.

Make an emotional appeal to your reader. Use emotionally descriptive phrases to draw the reader into the material. "The poor helpless children were forced to do hours of homework every evening before bed". This kind of description draws the reader into the particular plight of a situation and makes them feel empathy or sympathy towards the situation.

Using emotive vocabulary, adjectives and adverbs e.g. "cruelly captured" rather than straight forward words. Words or phrases are repeated and stretched out to make them stick in the reader's mind.

Distorting facts and abuse opponents without being malicious. What is known as half truths – when facts can be manipulated to suit the argument of the writer (sometimes important substance is omitted to present a believable argument). Exaggeration is also used to move the reader into the writer's realm. "If I get one more task added to my workload, I'm moving to China".

These grab a reader's heart strings, making them think, but they don't need to have an answer back. Some very powerful rhetorical question starters:

Facts back up what you are writing about and make your material more believable. Statistics are often used with percentages because they are immediately given credence over simple statements. Example: 74% of drivers admitted that they texted while driving and would continue to do it even though there are laws in place that prohibit this dangerous practice.

Persuasive writing contains the basic facts about something including names, dates, statistics and quotes. It then goes on to present the opinion of the writer which shows a personal interest in a cause. It is a way to present a point of view and then to try to have your readers agree with that point of view. The material is written in a forceful manner so that it can win the audience over.

Writing about something in a consistent manner is one of the best ways to be persuasive on a particular topic. You have an opinion already and you want to be able to convey that opinion to someone else, so there are certain things you must do in order to accomplish that. There are plenty of other ways to be persuasive with your writing, but ensuring that the same message is conveyed in a similar manner each time is one of the most important ways to deliver that message to readers.