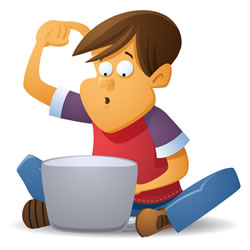 Let’s face it – English is a crazy language. There is no ham in hamburger, no egg in eggplant, neither apple nor pine in pineapple. French fries weren't invented in France, and English muffins weren't invented in England. Furthermore, quicksand can work slowly, boxing rings are square and a guinea pig is not from Guinea nor is it a pig!

English is also a silly language at times, too. I mean, who in their right mind would create two words with the same spelling and different meanings? I am of course talking about those pesky homographs. For example:

"He wound up the clock with ease, even though he had a wound to his right hand."

Of course, you could, and probably would, rephrase that sentence to avoid the homographs. But there are times when we find ourselves accidentally sucked into the vacuum, and like a dog’s mess gracing the pavement of a dark lane, we occasionally step on a homograph-ridden sentence.

Now, before we dive into our list of homographs for your grammatical pleasure, bear in mind that a homograph that is also pronounced differently is called a ‘heteronym’. Oh, and while we’re here, don’t forget the ‘homophone’, which is when two or more words share the same pronunciation but have different meanings, and may or may not be spelled the same way.

And one last thing…

The homograph, heteronym and homophone are all types of ‘homonym’; which is defined as two or more words that share the same spelling, or the same pronunciation, or both, but have different meanings.

Confused? Don’t sweat it. Your friends will scratch their scalps too when you share these 21 idiotic homographs on your Facebook page: