Very few people know which words should be capitalized in a title. In fact, the majority of people adopt rules from others who don’t know either. This usually takes on one of two forms: capitalizing every word, or capitalizing words containing three or more letters.

Where blog posts and internal work communications are concerned you can usually get away with such sins, largely because those in the know tend not to point out the error of your ways. But wouldn't you rather know the truth? Wouldn't you rather be an ambassador of proper titling rather than a capitalization criminal? Well, today is your chance to repent for improper form, and learn which words should be capitalized in titles, once and for all!

What to Capitalize in a Title

The cool thing about learning what should and shouldn't be capitalized is that each category contains three core rules.

Always capitalize the first and last word of a title, no matter what the word is.

We don’t have the time to list every noun, pronoun, verb, adjective and adverb here, but as long as you remember this list, you can Google the word you’re struggling with to find out whether or not it falls into one of the five categories listed above.

Here are some examples:

Within, About, Among, Between.

While, Where, Until, Because, Although.

What Not to Capitalize in Titles

1) Never capitalize prepositions and conjunctions of four or fewer letters. However, remember the above rule: words with five or more letters, regardless of whether the word is a conjunction or preposition, must be capitalized.

Here are some examples:

Examples of prepositions not to be capitalized (four or fewer letters):

Examples of conjunctions not to be capitalized (four or fewer letters):

Never capitalize the particle “to”, even when used as an infinitive (meaning with a verb). For example: to See, to Read, to Write, etc.

Never capitalize articles: a, an, the.

No worries. Below we have created two lists of common words people struggle with when capitalizing titles. Bookmark this page and refer back to the lists when you’re in doubt.

DO Capitalize in a Title

DON'T Capitalize in a Title

Even when armed with these core rules, people end up making silly mistakes by allowing doubt to make them second-guess their titling. In light of this, here’s a short list of tricky word groupings that often trip people up:

It’s a lot to take in, we know, and so you’ll need to practice writing a few titles before things begin to click into place. Another great way to learn is to spot mistakes in other people’s work. You’ll be surprised just how many journalists, authors and bloggers (in particular) get titles in a muddle. Bear in mind, though, occasionally a writer will break the rules to suit their preference or to appropriate a concept. For example, a book entitled “Think Like a Genius” might well be adjusted to “Think Like A Genius”, for no other reason than the publishing house or author thinks it looks better on the cover. 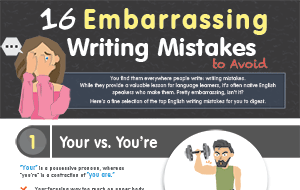 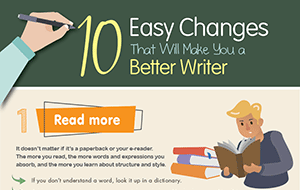 10 Easy Changes That Will Make You a Better Writer (Infographic) 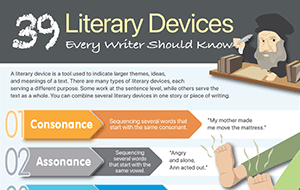 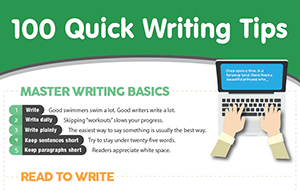 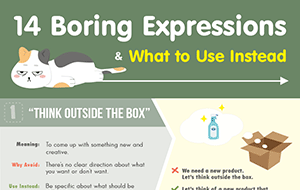 14 Boring Expressions & What to Use Instead (Infographic) 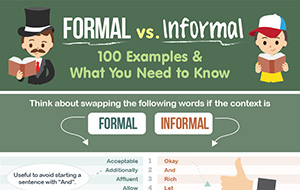 Formal vs. Informal: 100 Examples & What You Need to Know (Infographic) 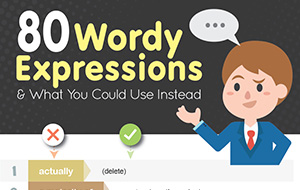 80 Wordy Expressions & What You Could Use Instead (Infographic) 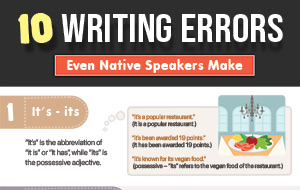 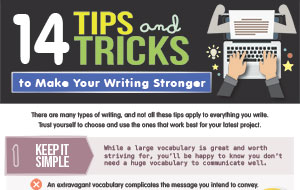 14 Tips and Tricks to Make Your Writing Stronger (Infographic) 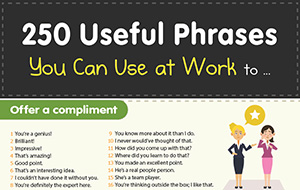 250 Useful Phrases You Can Use at Work (Infographic) 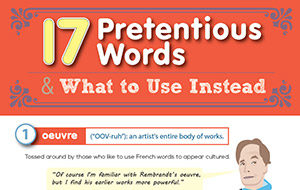 17 Pretentious Words & What to Use Instead (Infographic) 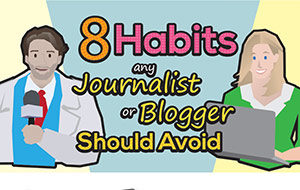 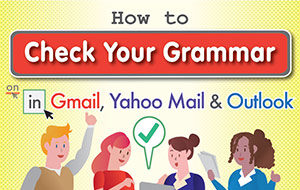 How to Check Your Grammar in Gmail, Yahoo Mail & Outlook (Infographic) 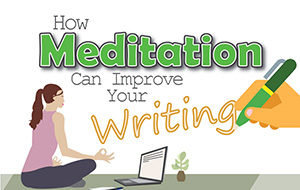 How Meditation Can Improve Your Writing (Infographic) 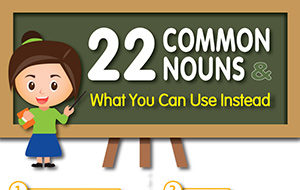 22 Common Nouns & What You Can Use Instead (Infographic) 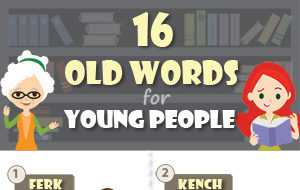 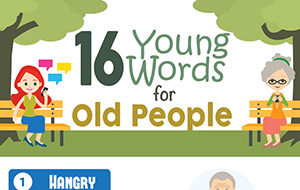